Emmabuntüs, a distro for all seasons 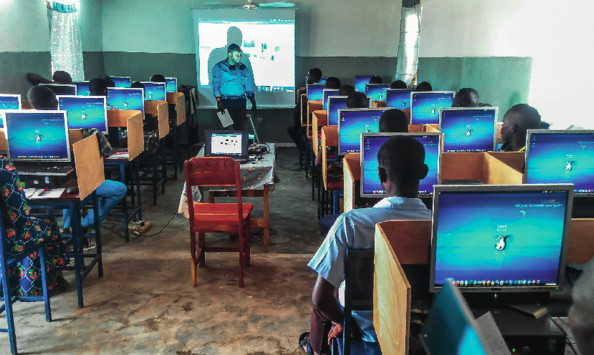 Emmabuntüs is an Ubuntu (and now Debian) based distribution (distro) designed for lower-spec hardware and suitable for users of all ages. The project is based in France, where donated machines are refurbished by volunteers and sold at bargain prices to raise funds. But it’s also part of a bigger picture, being allied with all kinds of charity work around the world, particularly in Africa. We spent some time with lead developer Patrick to find out more.

Linux Format: Let’s talk about the charity side of things first, tell me about the history of the Emmaüs communities, how they’ve grown, where they are etc?

Patrick d’Emmabuntüs: The Emmaüs movement was initiated in 1949 by a catholic priest named Abbé Pierre (although the movement has no religious affiliation), who really wanted to put solidarity into action in helping “those who suffer most” and also being “the voice of those without a voice” .

You will find more historical information on the Emmaüs-International website (History Of Emmaus). The official Emmaüs France association was officially created in 1985 to regroup and somewhat unify the various flavours of the Emmaüs movement. As of today, this association federates 240 communities across the entire world, among which 115 are located in France for historical reasons. These communities are living, working and welcoming places cemented by social solidarity, and they are functioning thanks to the collecting and recycling work of the Emmaüs companions.

These people (around 4,000 in France today) are usually homeless people hosted unconditionally and for an unlimited duration. The main activity of these communities is to receive donations from individuals (furniture, clothes, ornaments, bicycles and computers etc) to repair them if necessary and resale them to the public.

LXF: How did you get involved with them?

P d’E: As far as I am concerned, I started to help as a volunteer in the computer refurbishing activity of the Emmaüs community of Neuilly-Plaisance in May 2010. I started by developing a set of scripts to handle the software installs in Windows XP, making sure we didn’t mess around with the original Windows license.

After that, I noticed that the majority of the PCs were donated without a hard drive, so I had the idea of creating a script to install free software and a Dock on a Ubuntu Distribution, in line with the scripts developed for Windows XP. I presented this work at the Ubuntu-party 10.10 in Paris; I wanted to increase the awareness of other people to the necessity of:

During this Ubuntu-party, I had the chance to meet Gérard and Hervé. They convinced me to create an ISO image dedicated to installations without an internet connection, and they had the idea of calling it ‘Emmabuntüs’, a portmanteau obviously made of Emmaüs and Ubuntu.

After that, David Rochelet and Morgan Duarte joined the core of the actual Emmabuntüs Collective. They are responsible for publishing Emmabuntüs respectively on Sourceforge and on Freetorrent. The first version of Emmabuntüs, based on Ubuntu 10.04, was released on the March, 29 2011. 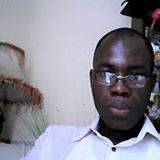